Despite their division’s lower stature, League Two stadiums are some of the best in the country – and I won’t hear otherwise. With far more character and soul than many of those elsewhere, you’re almost always guaranteed a good day out in the basement tier.

From Nailsworth to Bradford, Exeter to Carlisle, there are some excellent choices. We’ve run down our top five, taking into account factors such as atmosphere, character, and whether or not it’s simply a good day out. That last one’s always very important.

We’ve got a few controversial choices here, too, so make sure to tell us your thoughts in the comments! Perhaps you won’t agree with one…

Built and opened in 1904, the ground has ever since played host to the Grecians. A capacity of 8,696 also gives it the ability to host Exeter’s large, vocal support.

The Big Bank – sponsored by Thatchers, of course, giving it that real West Country feel – houses an incredible 3,971 standing home fans, creating a real atmosphere on a match day. Directly opposite sits a brand new away stand – just under 1000 travelling supporters are able to fit in a covered terrace, of which many of the components bought from Barnet FC.

Situated about a mile from Exeter Central, the ground is easily accessible on foot; there is also a local train line taking you straight into St. James Park if necessary. The city itself is beautiful, if somewhat pricey on the pints, and can make for an excellent day out.

The University of Bolton Stadium – though, let’s be honest, we all still call it the Reebok! – opened in 1997 and boasts a capacity of 28,723. The biggest in the division by some way, it’s certainly out of place here in League Two. But we’ve not ranked it as the best.

Once host to Spanish giants Atletico Madrid as the Trotters ventured into Europe, the stadium now sees visits from the likes of Barrow and Harrogate. Their poor start to the season also alludes to another campaign at this level, too.

The ground, based walking distance from Horwich station, is built on a retail park with little else around. TGI Fridays and Harvester can both serve you an overpriced pint on request, if that’s what you like; I’d personally recommend drinking in Manchester City Centre beforehand.

Inside, the ground is spacious and comfortable; the atmosphere isn’t even too bad, either. Bolton’s vocal area can typically be found close to the away end, though most will get involved if the wind is in the Trotters’ sails.

Okay, hear me out on this one. It’s an acquired taste, I know.

Situated in the depths of beautiful Gloucestershire, The New Lawn plays host to Forest Green Rovers. Despite hailing from a small, rural village, the team have historically punched far above their weight and now find themselves a league outfit.

At a capacity of 5,147 the ground is tiny, but brings that excellent lower-League/non-League feel to it that can be so difficult to find. The walk up to the ground is also without doubt one of the most eye-catching in the EFL. The local bus drops you in, quite frankly, the middle of nowhere; a short trek up a steep hill entertains you with one of the most scenic Cotsworld views you can find.

The away end is fantastic – as long as you’re a football purest. An uncovered stand with just a few barriers, you are treated to a complete view of the pitch with no obstructions present. There is, of course, some seating available; all food served is vegan, though there is a handy pop-up tent behind the away end serving alcoholic beverages.

My personal view is probably somewhat rose-tinted by the fact it was a warm spring day when I last went. Still, it’s a must for any League Two fan wanting a non-League-esque away day.

Second on our list is Brunton Park, opened 1909 and home to Carlisle United.

What can only be described as a ‘grand old stadium’, it is full to the brim with character – even if somewhat rundown. Perhaps the most iconic part of the ground is its 3,500 capacity Warwick Road End, generating quite an atmosphere on Saturday afternoons when the Blues are in town.

Large away followings are gifted the open-air, terraced Waterworks End directly opposite, perfect for when the weather is warm – though perhaps not quite so much if it’s not. Otherwise, travelling fans sit to the far left of the Pioneer (East) Stand with an unmarred view of the entire pitch.

The away day is worth it purely for the journey. Departing from Manchester Piccadilly, you get breathtaking views of the Lake District on the train as you move further north. Carlisle itself is a fantastic city, rammed with pubs and bars in which to enjoy yourself in pre-match.

With an impressive 17,949 capacity, the stadium has hosted some excellent events over past years. Just over 17k were there to witness the Blues’ defeat to Premier League outfit Everton in January 2016; 10,459 oversaw a 3-2 defeat to MK Dons after the club’s #8KforMK campaign. We love Brunton Park here at FanHub, even if it is an adventure to get to.

In first place we have Valley Parade of Bradford City, one of the most historic grounds in the country and, without a shadow of a doubt, one of the best League Two stadiums.

The Valley Parade capacity lies at 25,136 – somewhat short of Bolton’s – but it’s the character of the ground that makes it #1 on this list. Opened in 1886, initially as a Rugby ground for Manningham FC, the stadium is full of personality, grit, and culture. Yes, the away end may be a bit dated – but that’s all part of the experience.

The atmosphere in West Yorkshire isn’t half bad either, the Bantams fans behind their goal often constantly getting behind their team. Bradford itself as a city may not sound glamorous, but the people are friendly, the pubs are cheap, and the Dales are an excellent place to stay if making a weekender out of it.

Whilst their current league position of 15th suggests otherwise, Valley Parade shouldn’t be a League Two ground for much longer. Having previously held host to Premier League football, the people of Bradford deserve far better from their football team.

But do you agree with our choice of stadiums here? Any that should be further up? (Yes, I’m looking at you here, Bolton fans). Make sure to Tweet us your thoughts in on @FanHub_Football, or drop a comment in the section below. There will certainly be disagreements over this one!

Last week, we also took a look at the 5 Best League One Stadiums and the 5 Best Stadiums in the Premier League – do you agree with our thoughts on those, too?

One thought on “The 5 Best League Two Stadiums” 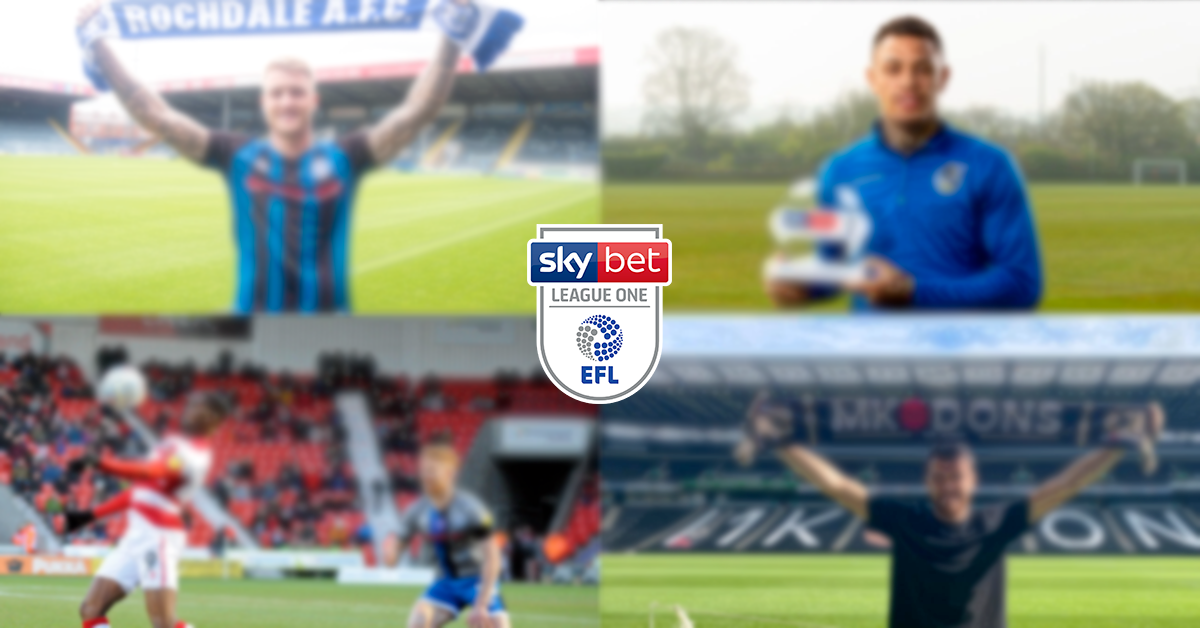